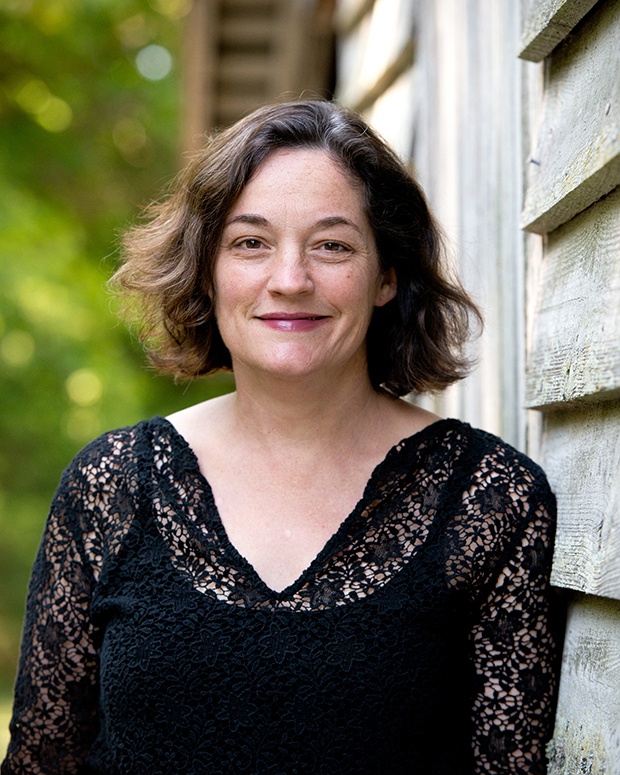 Susan Wise Bauer, founder of the Well-Trained Mind Academy, knows a lot about homeschooling. When Dr. Bauer was still a preschooler, her mother taught her older brother to read. She was just as eager to learn, so her mother taught her as well – when she was three. Soon it was Dr. Bauer’s time to start at the local school, but her precociousness wasn’t as well received as she might have hoped. In fact, both Dr. Bauer and her brother had such a poor experience with school that her mother, a public school teacher herself, took them to be evaluated for potential behavior issues in the hopes of getting an explanation for what might be causing their issues at school. The answer? They were bored. After that, Dr. Bauer’s mother decided to enroll her children in Peace Hill Academy, which was conveniently located right at home.

Years later, while homeschooling her own children, Dr. Bauer and her mother, Jessie Wise, wrote The Well-Trained Mind: A Guide to Classical Education at Home. Well-Trained Mind Press (formerly Peace Hill Press) and the Well-Trained Mind Academy followed. Below we share advice given during a Susan Wise Bauer Q&A session with students in the inaugural class cohort program in their 9th grade year.

Student Question: How long did it take you to write all of your books?

Susan Wise Bauer (SWB): Longer than I think it is going to, always! You may be familiar with the four-volume history volume for elementary students. Well, I published that through my own company, although I also publish through W.W. Norton occasionally. And my editor there called me and said, ‘Hey, this is a great book! You should do that for adults!’ So I said, ‘Do what? Write the history of the world? The … whole world?’ My editor said, ‘Yes! How long do you think it will take you?’ And so I replied with a tentative ‘ten(?) years.’ And, well, we are fifteen years in now, I’ve completed three volumes, and there is no end in sight. My first three or four books probably took me two, two-and-a-half years each to write. When I write my books, I always write way too many words and then cut them down. So, for my The History of the Ancient World, which was the first book in my history series for adults, I think it ended up at about 120,000 words., Bbut I had written 300,000 words, and so then I had to cut more than half of them out. So, it is a very laborious process. What I’ve started doing is thinking about how long I think it will take me to write the book, and then doubling it, to come up with an estimate. So, at least two-and-a-half years, but sometimes more like eight. Or eleven. Or … whenever it gets done!

Student Question: How do you manage all of these different things [the farm, running several businesses, writing]? What does a day in your life look like?

SWB: Well, farming changes every season. So, you can’t really set a schedule that is the same every day. So, depending on the season, my schedule really changes – during spring, of course, there are lots of animals being born, and so they need to be checked on first thing in the morning. But, as soon as I check on the farm during those times that need it, I come back inside and sit down and write my to-do list. I try to prioritize my tasks for the day ahead. I make a goal to clean out my email inbox at least once a week. Some weeks, I don’t make it, but that’s a goal of mine. I work through my task list, and, some days, there are things that are left undone. They get transferred over to the next day. I am sensitive to the fact that some times of the year I might spend six or eight hours of the day in my office writing and tending to office business, but other parts of the year will find me out on the farm for just as long. I have to be comfortable with that rhythm of the year. That’s one of the things that I really appreciate about living on a farm. It makes you realize that every season is different. You don’t do the same thing every single day. It’s good to be able to accept a change in your priorities, not only during different parts of the year, but during different parts of your life.

Question: What was your inspiration for becoming an educator?

SWB: That was kind of an accident. I never intended to be in education. When I started in graduate school, I was going to study ancient Near Eastern Languages and Literature. I loved it, but I soon realized that it was too specialized for my interests. So, my Ph.D. is in American Studies, with concentrations in Literature and in the History of American Religion, because I wanted to work on things that had a wider focus. What I really enjoy doing is writing history, and writing studies of historical events. The education part just started happening.  I’m a natural teacher – when I’m doing something I want to tell other people how to do it. My social media bio says I’m an accidental homeschooling guru because I didn’t set out to do it. I actually own four businesses right now and I “accidently” started all of them!

Question: Some of your children took classes via online school, but not all of them. How did you support your children with that transition from traditional homeschooling with you as their parent to attending a class online with an online instructor?

SWB: My older children took a few online courses, but those were very early on in the history of online education. So those courses were very rudimentary. My younger two took more classes online, including some here at the Academy. So when they started taking classes online, they were moving away from one person (Mom) telling them what to do, to a system in which they had multiple people telling them what to do (many of whom were not Mom). So now multiple people were telling them what to do, without communicating with one another about things like workload and due dates, and the children had to synthesize this information on their (relative) own. So my job was to make sure that each child had somewhere (a binder, a calendar, etc.) in which they (we) could keep track of every stop that they would have to take to get from step Aa to step Zz for each class. This was a difficult skill for them to develop but an important one! And, it put them in great shape for college. College is the first time many students have to manage multiple instructors with multiple deadlines by themselves – and that can be a big point of struggle for many college freshmen. But students with the Academy will already have that experience and the wisdom to navigate it successfully.

Question: What is your advice for high-schoolers trying to consolidate all of our interests into a single direction of focus so that we make the best use of time?

SWB: Do as much as you have time and energy for. Consult that “something” inside of you that tells you what you like and what you don’t like. Pay attention to the tasks that give you joy and the tasks that drain you. There will be tasks that just make you happy when you are engaging in them, and there will be tasks that just … don’t. Yes, you will still have to do some of those draining tasks, but I urge you to be open to noticing which of those tasks make you think that you just don’t want to stop doing them at the end of the class, hour, day … those are the ones that can help you to direct your focus towards what might fulfill you. Try to pursue those joy-bringing tasks as much as possible! And then, don’t be surprised if suddenly that joyful thing that brings you happiness when you do it shifts. That is a process that you are going through that is helping you to hone your interests. It will take a while before you are able to identify where the sense of joy is leading you. I’m not always the best at following my own advice, but this is one guideline that I do try to follow. If something brings me joy, I do more of it. If something does not bring me joy, I am getting better at saying no to opportunities to do that thing.

Don’t Be Afraid of the Curves

Words of support and encouragement from the Susan Wise Bauer Q&A were a boon to the group as they navigated the second half of their ninth-grade year. Dr. Bauer’s final words to the cohort summed up her talk, her life thus far, and our approach toward inspiring a genuine, life-long love of learning here at the Well-Trained Mind Academy: “When you are on the journey, don’t be afraid of the curves. Your life shouldn’t be a straight drive toward a goal. It should be full of curves. The curves get you to where you are going to go.”