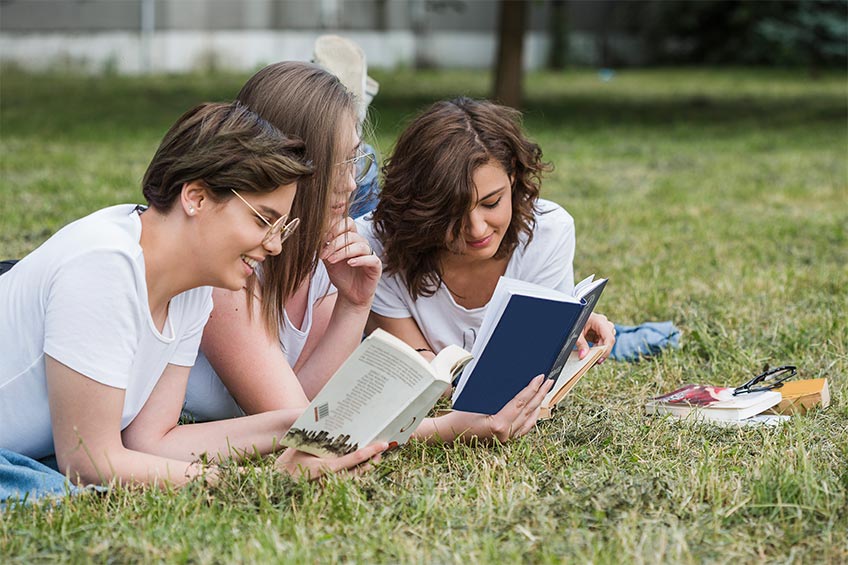 We all love a summer blockbuster. Escaping to the movies during a heat wave is a singular pleasure. Can anything beat a cold fountain soda, hot buttery popcorn, and complete immersion into a different world?

Summer reading gives you that same escape into a new reality–but one that waits on your own imagination, allows you to fill in the gaps with your own experience, and challenges you to make sense of the unreal world with your own perceptions. Sometimes, you should really experience the book before going to see the movie. That way, you are in control of the story–rather than surrendering control to an outside director!

Here’s a short list of books with very successful movie adaptations. Try this–read the book first. And then decide if you’d have made a different (better!) movie yourself!

In her 2009 memoir, Jeanette Walls makes us want to keep reading–even though the things she writes about become more and more terrible. Though we love Brie Larson (our new superhero!), we just didn’t find Destin Daniel Cretton’s film version as compelling.

Michael Crichton’s 1990 Jurassic Park is full of cool science, exciting adventures, and, of course, dinosaurs. It is also very scary. The movies are good, but the original book is even better. If you are new to Jurassic Park, go read the book first! You’ll get the science AND the fun sound bites. (Frankly, the science is kind of missing from the movies…)

Mary Poppins in the Park

Did you know that there is a whole series of Mary Poppins books? And in them, Mary Poppins isn’t just a fun babysitter–she’s cruel, powerful, controlling, and so very interesting. The 2018 movie does a better job of portraying her than the old musical, but neither movie does P.L. Travers’s character justice. Read the books first, and then decide if you’d want THAT woman taking care of you (or your children!).

Nobel Prize Winner Kazuo Ishiguro’s 2005 novel wonders how a young person can grow up and love in a world that promises no future. This thought experiment is broad, and its essence is hard to translate. Mark Romanek’s 2010 film gives us a romantic portrayal of the physical world in which the characters live, but the deep feelings of the text seem somehow melodramatic on screen. This atmospheric text is perfect to read at twilight on long summer days.

Ernest Cline created incredible relationships in his 2011 book–relationships between friends, between humans and the earth, between the earth and computers, and between this world and the Oasis. Though director Steven Spielberg gives us some dazzling shots in his 2018 movie, we just don’t get the same immersive experience.

📚Looks like your summer reading stack just got a little taller. We hope you enjoy these books as much as we did. Let us know your number one “the book is better than the movie” pick in the comments!