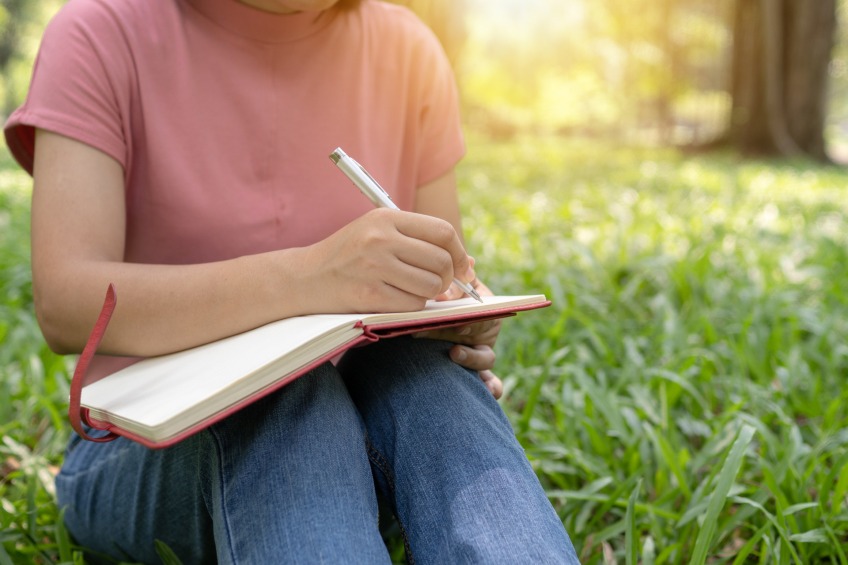 There are a lot of things I don’t understand.

Needless abbreviation in text messages, say. Or suspenders on pants that have belt loops. Even the lack of complexity in a barbecue chip’s flavor profile. These are all things that—to me—fundamentally defy explanation. But if there is one thing that does make sense, one unencumbered clarity, one certainty that fits neatly alongside such foregone conclusions as the sun’s rise and involuntary breath, it would be this: students don’t know what to do with poetry.

It’s not their fault. Poetry is the kind of thing that people know they’re supposed to say is significant and meaningful but would never choose to read unless they absolutely have to. Like when your friend asks if you like her haircut. Even as you struggle to imagine the series of life choices that could result in the distressing angularity of her once-acceptable head, you manage something along the lines of, “wow, you, wow, it’s really something!” Some vague nothing that suggests appreciation. That’s poetry. Your friend’s terrible haircut.

And even when a student is curious enough about poetry to seek it out on their own time, and is also somehow lucky enough to live near a bookstore that, you know, actually sells poetry, the would-be reader finds the shop’s shelves filled with the same stuff you had to read in school. Don’t get me wrong: I have nothing against classics. I’m obsessed with Dickinson. John Donne, as well. And Coleridge, Shelley, Keats, and Hopkins, too. The preceding sentence was even written in iambic pentameter! But if a young person walks up to a bookshelf and finds the same poets they didn’t really understand when they read them in their textbooks, how can we possibly expect them to find poetry relevant to their actual lives? Unless, that is, they know what it is they’re looking at.

And that’s the problem—they only sort of know what they’re looking at. Sure, we teach them to assign capital letters to rhyme schemes, we equip them with “synecdoche,” “onomatopoeia,” and other serpentine terms of figurative language play; we even do our best to make the identification of stressed and unstressed syllables into something other than, well, the identification of stressed and unstressed syllables. But all too often we stop just short of conveying something—anything—that makes poetry a singularly dynamic form. As a result, students avoid poetry at all costs. Not because they’re resistant to it, but because they lack confidence. They know there’s something there, but because it remains infuriatingly elusive they feel exposed and inferior.

What’s to be done, then? If the results of Googling “how to make a student love poetry” are to be believed, the primary task is to do anything and everything you can do to make a poem into something other than a poem. You can, for example, set up an in-class poetry café where students wear makeshift berets and snap their fingers in approval—while not talking about poems. Or you can refer to poems as spiritual keepsakes and encourage students to anonymously gift wispy utterances to their classmates—while not talking about poems. But, honestly: that’s all nonsense. Not only do these approaches undermine the rigor of the poetry you assign, it also disrespects the student’s ability to find excitement in the sheer nuts and bolts of artmaking. Think of it this way: would you ever teach Moby Dick by giving out fake harpoons while students limp around performing self-destructive monomania?

For me, if you want to empower student engagement with poetry, then give them insight into something only poetry can do. No gimmicks, no games; just a new way to make sense. I mean, you already know that students are comfortable and confident reading fiction, right? They make inferences, predict outcomes; they’re attuned to the nuances of unstated elements of character and conflict. So ask yourself: what’s the fundamental difference between fiction and poetry? The answer is so obvious that it seems absurd: fiction goes from one margin to the other margin and poetry does not. Which is to say: lines. A poem is made out of lines. Poems have lines and students have no idea why. And, really, I can’t say that I blame them.

From the earliest stages of language acquisition, children learn the supremacy of the sentence. Sentences build and destroy, they ask and demand; the sentence allows us to be heard. As such, when we read or write or speak, we prioritize the sentence. To do otherwise would be absurd. But, with poetry, the sentence is distorted. It’s broken and manipulated. It’s there, it’s complete, it’s still graspable, but the safety of margin-to-margin expression has been abandoned. Instead, what we’re left with are these slivers of incomplete thought unfolding of their own volition, following some unstated system of expression that we can never really access. And that’s the beauty of it.

To put it simply: the line is a puzzle piece. Each piece has an image of its own, a self-contained picture. It may be incomplete in the context of the picture we’re intending to put together, but we can’t construct the big picture without it. Each piece also has its own shape, its own bends and curves, its own expressive form. That individual form, though, relies upon the forms of the piece before it and the piece after it in order to fulfill its purpose. No matter what you do, there is no picture without the visual and structural integrity of each individual piece. The problem is: we think in pictures and wholes, not bits and slivers.

Take the following sentence, for example:

After all is said and done, I’m still dying to see you. Dying to hear your voice

again, just once before the end.

If I were to ask a student to take that sentence and break it into lines, this is what would happen:

After all is said and done

I’m still dying to see you.

Dying to hear your voice again

Just once before the end.

Okay, fine. But, um, those aren’t lines, I’m sorry to say. Those are clauses. That’s a little stack of syntax. And let me be clear: lines and syntax are not the same. In fact, I’ll go one step further. I’ll say here what I’ve been saying to creative writing students for the last twenty years: if you’re going to break all of your lines at the end of the clause, just write prose.

What would I do with that sentence instead? How about:

After all is said and done, I’m still

Dying to see you. Dying to hear

your voice again just once before

Those, friends, are lines. The meaning of the sentence is in no way altered, but new possibilities of meaning and music are created outside the confines of the sentence. Notice how “I’m still” creates a massive moment of paralysis at the end of the initial line, even though that’s not how “still” is being used in the sentence. In fact, it isn’t just a moment of stillness, it’s a stillness created only now that “all is said and done” and the speaker has the time and space to stop and breathe. But, again—that is not what the sentence says. That’s what the line makes by virtue of its ability to create meaning from its unpunctuated drift into the empty page.

Then, notice how the lovely parallel deaths of the second line, split by the unabashed certainty of the period, create an opportunity for the speaker to insist upon his desire. The line’s rhythmic structure, the sheer force with which the reader encounters “dying,” “see,” “dying,” and “hear,” allows sound to physicalize the desperation of the speaker’s need to see and hear. Then and only then, only after we understand the severity of the speaker’s desire, do we learn that it is “your voice” that he requires. But we don’t have time to rest with that heartbreaking reveal. Everything is suddenly rendered fragile by the suspense of “before,” how it hangs there, staring over the edge of the cliff. Finally: the crippling gravity of “the end.”  We fall, not knowing what comes next.

Just by attending to each line, we’re now creating multiplicities of meaning and music. Yes, the sentences convey what they intend to convey, but the lines shape, inform, and enhance the reader’s experience of the sentences. But wait. There may be some who would say, “yeah, but, now you’ve got that weird two-word line, smart guy. What do you plan to do with that?” Well, that depends.

I don’t know what this theoretical poem set out to say, but we’re digging our heels into what it means to make a line, so let’s play. Maybe the speaker needs to reflect a little, to express the confusion of his experience. Maybe he’s incapable of making sense of everything that he’s going through. So, we could add something like: “No one ever told me regret would feel so much like want.” Let’s see how it fits:

the end. No one ever told me

Based solely on the structure of the sentence we created—and its ability to latch on to the puzzle piece next to it—we get a line that reads “the end no one ever told me,” which foreshadows the confusion and betrayal of the next line. Now, the heartbreak expressed in the first three lines isn’t just confined to his desire to see and hear, but it is retroactively cast over his entire life. Surely someone, somewhere could have warned him.

And that’s the extraordinary thing about a poem. Everything matters and everything contributes. All because of something so simple. Because something as innocuous as a line can be a prism through which the subject passes, readers have access to the full spectrum of what would otherwise just be light in margin-to-margin sentences. Reading in this way is a difficult and time-consuming process, to be sure, but poetry gives readers a level of imaginative agency that’s incredibly difficult to find in any other discipline.

Which brings us back to the real reason we’re here: to give our students the opportunity to experience poetry anew. I don’t mean to suggest that introducing students to the intricacies of the poetic line is foolproof. It isn’t. But I am suggesting that the line should be the very first thing we teach our children about poetry. Not rhyme. Not meter. Not acrostics made from the letters of their names. Lines. If for no other reason, a discussion of lines like the one we’re having here teaches them, in no uncertain terms, one of the most beautiful truths of the human experience: reading is an act of creation. They have a say. They get to pick apart the puzzle. Their ideas aren’t just important, they aren’t just necessary—the poem needs their ideas in order to exist. Even if they hate the poems they have to read for school, even if they find it all stuffy and boring and irrelevant, they’ll still know. They’ll know what to do, what to look for, how to talk about it, and why. I can think of no greater proof of empowerment than that.

Sadly, you’re on your own when it comes to ill-advised haircuts.

By Thomas Hummel, Creative Writing for the Rhetoric Stage Instructor and Published Poet

I have a BA in English from James Madison University and an MFA in Creative Writing from Columbia University. In my life outside of the classroom (if there is such a thing), I am a father, poet, and performing artist. My writing has appeared widely in national and international journals, and my first book, Letters & Buildings, was published by Subito Press in the fall of 2014.