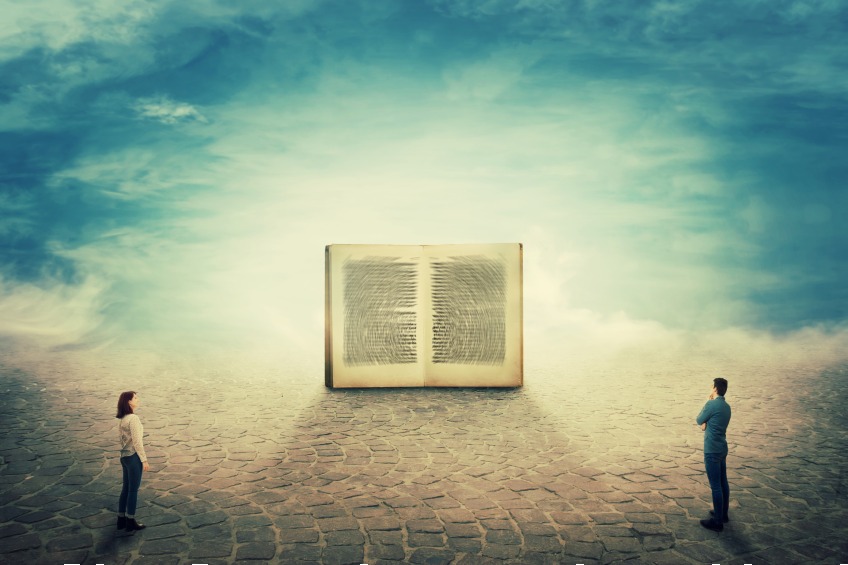 L.P. Hartley famously wrote, “The past is a foreign country: they do things differently there.” As we explore the past in our WTMA U.S. History classes, we may be on familiar geographic terrain, but the cultures and personalities we discover can be puzzling!

This year, students have not only met suffragists, but also women who opposed women’s suffrage. They’ve met Cheyenne leader Two Moon and also the headmaster of a boarding school that stripped Native children of their cultural identity. We read accounts of workers’ unions and also those of industrialists who practiced child labor. We read about Martin Luther King Jr., and also about the Birmingham police officers who turned fire hoses on peaceful teenagers in 1963.

Our 21st century minds sympathize with those who fought for women’s rights or racial equality, but how do we make sense of the people who ended up on the wrong side of history? And how can we fairly judge the complicated historical figures who simultaneously accomplished great feats and committed great injustices? There are a few ways we can try.

We could apply a hefty dose of “presentism,” and judge actors in the past by current social mores and standards. Honestly, this is our default setting. But as Dr. Lynn Hunt, former president of the American Historical Association noted, “Presentism, at its worst, encourages a kind of moral complacency and self-congratulation. Interpreting the past in terms of present concerns usually leads us to find ourselves morally superior.”

We could also deny certain uncomfortable truths that are actually true. Whitewashing the past, making excuses, and handing out halos to deeply flawed people might make us feel better, but it’s dishonest.

Instead, in my class, we’ve attempted what historical thinking advocate Dr. Sam Wineburg calls “historical empathy.” Empathy in this case isn’t an attempt to feel sorry for the figures, or to sympathize with their points of view, but a try at understanding their point of view.

A “circle of viewpoints” exercise has helped my history classes work through some of these difficult topics. It’s almost like method acting, where an actor takes on another persona in an attempt to understand motivations. In this historical perspectives assignment, students first explain the situation from one viewpoint and ask a question from that viewpoint. Then they do the same with another viewpoint. Finally, students ask any lingering questions they have (as themselves) after trying this exercise.

Here’s an example of this exercise: my students studied Korematsu vs. U.S. and the forced relocation camps that imprisoned Japanese-Americans during WWII. After grappling with primary sources, students adopted two perspectives. The first was that of a government official, such as President Franklin Delano Roosevelt, who instituted the camps. The second was that of a citizen imprisoned in one of these camps.

The results were riveting and rich. Practicing historical empathy leads students to mastery in contextualization, evaluating claims, identifying patterns, situating an event within a broader context, and pinpointing causation. Here are some excerpts from student Lauren Richards. Watch how she identifies the arguments used for imprisoning citizens without due process.

I am thinking of Japanese relocation under Executive Order 9066 from the viewpoint of FDR and much of the United States government (and public) during World War II: as a necessary wartime security measure.

From my viewpoint as a concerned American government official…it is highly probable that Japanese immigrants and citizens of Japanese descent have a stronger bond to their mother country than to the United States, and thus are likely to side with the enemy in this war and sabotage the Allied powers. If this war is to be won, all possible threats to the freedom and liberty we Americans hold so dear need to be isolated and prevented from doing harm. In this case, the threats are the Japanese, and the preventative measure is relocating them to isolated areas. This relocation is not only necessary, but beneficial to the Japanese in many ways.

Next, Lauren evaluated and refuted the “internment was beneficial” argument by imagining life in the Manzanar internment camp based on the memoir of Aiko Herzig-Yoshinaga. Note how she tests claims and musters descriptive evidence from her source to support an argument.

In this isolated desert, the houses we live in are cheap and poorly made; our beds are merely sacks stuffed with hay; the food is scarce and inadequate, and the water supply is far from enough. We’re cramped close together in these barracks, so much so that privacy barely exists here. This punishment is undeserved.

Many students wondered why more Japanese-Americans didn’t fight the order like Korematsu. By practicing another viewpoint, students were better able to understand why citizens complied. Lauren imagined a response based on what she learned about Manzanar:

All of us are loyal Americans. It is hurtful that we must prove our loyalty to the majority of the nation. But, most of us would gladly do so…

Here are a few more examples of the high-level analytical thinking I’ve seen students demonstrate this year as they wrangled with accounts from various historical perspectives.

The Lost Cause makes significantly more sense to me now that I know that at the end of the war the Southerners [in the Daughters of the Confederacy] attempted to justify their viewpoint…[by] rewriting history.

After reading a labor organization’s newspaper, Aramis Hoffmann made this observation:

I understand that workers saw robber-barons like Carnegie as egoists with God complexes…Carnegie helps prove their point when he says in…The Gospel of Wealth, “This, then is to be the duty of the man of Wealth…bringing his superior wisdom, experience, and ability to administer—doing better for them than they would for themselves.”

Practicing historical empathy obviously helps students to understand events and people in their history books in a deeper way. Furthermore, it also is a life skill that can effect powerful change in the present. In a second semester unit, students learned that Civil Rights activists at the Congress of Racial Equality (CORE) required all participants to practice empathy. A 1963 pamphlet of guiding principles states: “A CORE member will seek at all times to understand both the attitude of the person responsible for a policy of racial discrimination, and the social situation which engendered the attitude.” The tool we use in class to understand problematic personalities in history is the same powerful tool Civil Rights activists used to turn America around.

Then as now, historical empathy helps students not only make sense of the past, but heals divides in the present and — just maybe — can reshape the future.