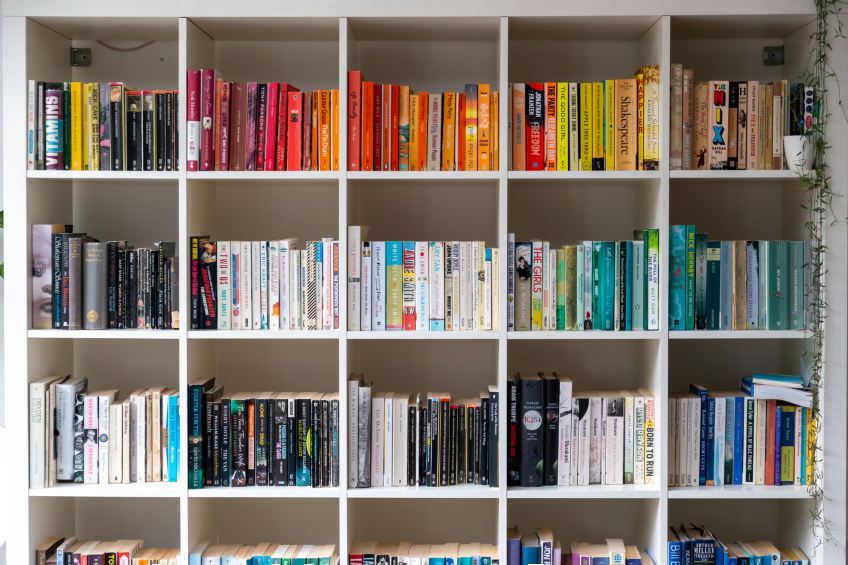 Finally, after ten years, ten months, and twenty-seven days, my worst fears were realized.  After all of the inference-making exercises, cause-and-effect lessons, character-motivation talks, and vocally-performative bedtime stories, it had come to this: Mathilda Hummel, born and raised among more books than her home could hold, had become someone who storms from her room only to exclaim, “Uggghhh! I hate literary analysis!”

Like most other school systems across the country, Mathilda’s district is now digitally pandemic-proof. Zoom sessions at this time, writing lab at that time—everything she’s ever known about her learning environment is funneled through a laptop. While the transition hasn’t exactly been seamless, the truth of the matter is: neither of us can complain. We’re incredibly fortunate. Not only am I well acquainted with the challenges of digital pedagogy, but she’s also spent half of her life watching me conduct virtual lessons to virtual kids.

But for families that have been blindsided by the virus — for the parents unexpectedly thrown into teaching positions, for the students suddenly without camps and vacations and school plays and band concerts — I can’t imagine how difficult it’s been to adapt to life in quarantine.

So I asked myself: could Mathilda and I help?

“You know what I mean, Dad. It’s just, there’s no reason to call it analysis. We read and identify facts! Like, we summarize the main idea, right, and then just state facts. That’s not analysis! That’s comprehension!”

At this point, I really, really wanted to give her a high-five and take her out for ice cream or something. If, you know, going out for ice cream was still a thing we could do. Instead, I asked if she thought it was possible to fulfill the assignment while also honoring her definition of “analysis.”

“I know, Dad, I know. If I feel strongly about it, I should do what I think is best, right?”

And then it hit me. Here we were: Mathilda, frustrated and stifled by narrow expectations, and me, ready, as ever, to give potentially unhealthy amounts of attention to excruciatingly minor details. It was perfect. She’d never see it coming.

In short: I asked if she’d be willing to serve as a kind of case study, to answer random and largely impromptu questions to illuminate the student’s-eye view of pandemic life instead of ruminating on the vagaries of not-analysis.

As if she’d been expecting the question all along, she replied, “Let me just plug in my iPad first.”

Dad: What’s the first thing parents need to know about kids right now? Not in relation to school, just in general.

Mathilda: Expect sudden mood swings and try to be okay with it. One day, everything will be fine, no big deal, I’ll just text my friends, whatever, and the next day will be, like, this is the worst and I have no idea how much more I can take. I know it’s like a stereotype that kids are moody anyway, and that parents kind of expect that, but there’s a difference between expecting it because kids are weird and expecting it because the world is making us this way. So, yeah.

Dad: About the whole literary analysis thing. Your explanation of what was frustrating about that was perfectly reasonable and clear and articulate. But I think we should both acknowledge that there was a little more going on there than conflicting definitions of literary analysis.

Dad: So, here’s the thing: there are tons of parents out there whose workloads have exploded because of the pandemic. And with the summer coming up, there’s going to be a lot of time to fill and a lot of low-grade, family-wide frustration about how to use that time. And parents always want their kids to read, so they’re going to be looking for ways to be supportive without being overbearing. That makes sense, right?

Dad: Okay, so, thinking back to your frustration about analysis, what should parents be mindful of when it comes to, you know, monitoring reading habits or whatever?

Mathilda: There’s this, hmm. Sometimes, like, at school, adults will ask a student a question like, “Do you understand what the text is saying?” but the student can’t just say, “Yes.” If they do, then there’s this assumption that the student is either being defensive or lying. They can’t just say “yes” because the adult is, like, “Well, are you sure?” which only then makes it so the student is defensive.

Dad: A lack of trust, then?

Dad: Then what’s the solution? I mean, on the one hand, students could just answer in complete sentences, right? I mean, I know that’s the teacherly thing to say, but it’s true. On the other hand, though, it sort of seems like you’re suggesting that the problem is in the question…?

Dad: Find a way to make the reading a gateway to new things? Make it the beginning of something rather than an end?

Dad: What else? Remember, this is your chance to give advice to parents! What do they need to know?!

Mathilda: Um, uh, I don’t know! Wait. How about this: don’t think that just because your kid is reading tons of graphic novels that they’re not reading.

Dad: Oh, boy. A conversation as old as comics!

Mathilda: But, seriously, though. I know you, like, teach a class on graphic novels and stuff, but that’s not why I’m saying this.

Dad: Whether you realize it or not, you’ve opened up the literary analysis door again. I can’t tell you how many times I’ve said that asking probing questions about the structure of TV shows and films—about character motivations, about causal relationships, about why the flashback comes when it does, about what it is about the character’s past that made them behave a certain way, or whatever other questions you can drum up—is the easiest way to teach literary analysis. Anyway. You know you don’t get, like, bonus points for bringing up graphic novels, right?

Dad: Here’s something. You and I have read a ridiculous number of books together, right? How come it never seems forced?

Mathilda: What do you mean?

Dad: Well, I’m trying to imagine a scenario in which Grandma and Grandpa ask me, as a ten-year-old, to do some kind of family book club. There’s no way I wouldn’t have rolled my eyes. I know that sounds obnoxious, but it’s true. But you’ve never resisted it. I guess my question is in two parts: 1) what can parents do to make it so their kids don’t roll their eyes (granted, their kids are probably more conscientious than I was); and, 2) what’s to be gained by reading the same books?

Mathilda: Just don’t ask them. Pick a book you know they like and read it. They’ll definitely notice. Don’t turn it into schoolwork, though. Let it be, you know, something that happened.

Mathilda: It’s hard to describe. Because it’s…it’s like…it’s like there’s this shared experience that isn’t confined to any one place. It’s not like a memory. It’s like there’s this thing that only the two of you have. And it doesn’t matter what either of you does, or what stuff you have to do for school, or what makes you frustrated, or where you have to be, it’s always there. Always.

Dad: Just in case any of my students end up reading this, here’s an unrelated question: What’s it like to be Mr. Hummel’s kid?

Mathilda: It’s impossible to be bored. No matter what you do, it’s never just one thing. It’s like three things that don’t seem related but then suddenly are related and then he’s like, “What’s the square root of 42?” and I’m like, “How should I know?” and then I’ve somehow found the square root of 42.

Dad: Alright, this is the end. Any final suggestions?

Mathilda: I guess I would say, fill your house with books on as many different subjects as possible. I know that everybody says you should read anything and everything you can, but it’s actually true. Sometimes I just stare at our bookshelves and think to myself, “Yes.” All these different subjects and I can read any of them. It’s empowering. That knowledge never goes away. And it’s mine.

Dad: So, at the end of the day, we want our kids to be able to stare at the shelves and know that all they have to do is say, “Yes.”