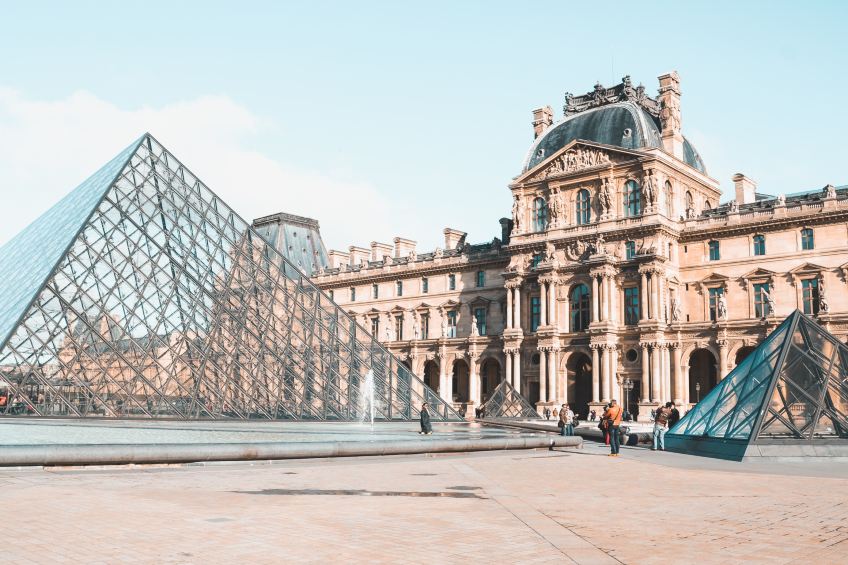 I fill my blanks with museums and libraries. I guess I don’t actually know if warm milk is still a thing, but those two institutions, for me, constitute whatever it is warm milk used to be.1

I mean, I know I’m the bookish sort, and my students will be aggressively unsurprised to hear me list museums and libraries as my primary (non-familial) sources of comfort, but they both really do offer opportunities for experiential alchemy that other spaces simply don’t.

I’m a sucker for landscapes. Now, I mean that in the broadest conceivable sense, but, yes, I do also mean the landscapes you think I mean. Weirdly gilded frames. Questionably wide. The ones many tend to pass by.

There’s a point, though, even for me, when the mythicizing and heroising gets too, er, broad, and I kind of check out. And when I say, “I kind of check out,” I mean, “I kind of pool into a jellied admixture of irritation and fatigue.” But when I reach that point, I remind myself of Carl Rottmann, of his Greece. Of a single room in Munich. Of paintings in walls.

Each had an alcove of its own. Walls and works in single planes. Slivers of emptiness, of breath, defined where hall begins and canvas ends. A single room, but with a pulse.

And I can’t reproduce that. Nothing can.

And given that we’re struggling through what all hope are the last gasps of the pandemic, I can’t go to Munich either. I can’t even go to the museum down the street.

For the record, this isn’t some cruel and elaborate ruse to taunt you with another thing we can’t yet do. Look back at the anecdote above. It’s breadcrumbs. I don’t mean to give myself a hard time or anything, but, really, it’s just an array of blustery hullabaloo peppered with proper nouns. I gave you nothing but a surname and a city. Because anything and everything else you could possibly need is already at your disposal. In fact, you could be neck-deep in some Rottmann in seconds. And the beauty of it is: museums and libraries want you to be.

Like the rest of us, they’ve been ravaged by the pandemic. For institutions that rely so heavily on donors and visitors and lectures and exhibits, the absence of bodies is devastating. And yet, they know what it means to us. Rather than succumb to the crippling lack of physical encounter, they’ve made their collections available online. They’re giving it to us. We may not be in rooms, but we can still be in their works.

All I’m getting at is this:

Some of us are traveling, some of us aren’t. Some doors are open, some others still shut. We’ve exercised so much ingenuity thus far, and we’ve adapted in ways we could never have foreseen, and in this—pretty please—final push, it’s important to keep hold of the resourcefulness and resilience that’s gotten us this far. And to remember what we’ll want to do and where we’ll want to go when we emerge.

They’ve gone and filled the blanks for us, folks. Now it’s up to us.

Note: This list is woefully brief and far from anything that could be considered comprehensive. It’s just a way to get you going.

1 In the interest of full disclosure, the illustrative example herein, were it to accurately reflect my foodstuff of comfort, should really be grits. For universality’s sake, I opted for warm milk.

Thomas Hummel has been teaching at the Well-Trained Mind Academy since 2014. His writing has appeared widely in national and international journals, and his first book, Letters & Buildings, was published by Subito Press in 2014.