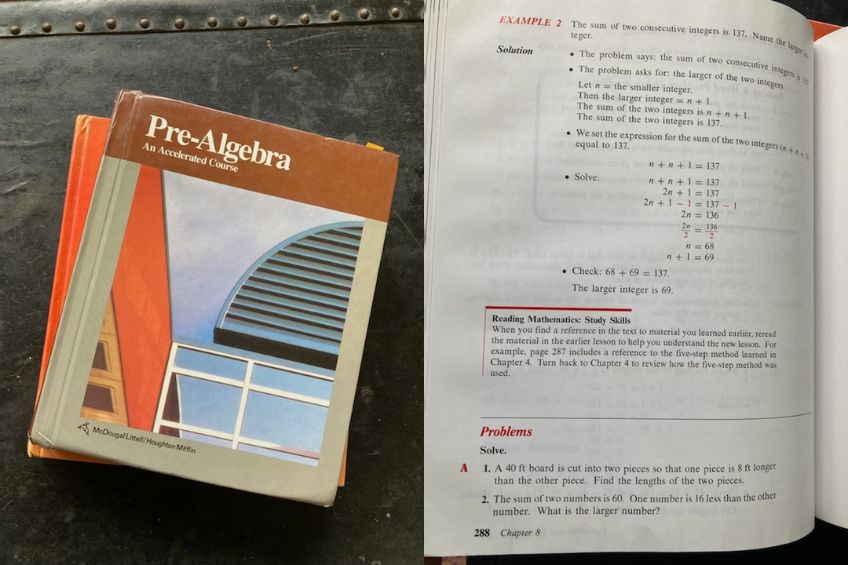 When it comes to women in mathematics, you may have heard of Ada Lovelace or Katherine Johnson. But what about Mary Dolciani?

Mary P. Dolciani was a Master Teacher whose life passion was teaching math. She focused on math during her studies as an undergraduate at Hunter College, a doctoral student at Cornell University, and a visiting scholar at Oxford University and the Institute for Advanced Studies at Princeton. As if that pedigree isn’t impressive enough, she was called on by the U.S. Government to work on classified projects at Fort Monmouth during World War II.

Dr. Dolciani spent most of her career working in New York City at Hunter College and the City University of New York (CUNY). She spent 40 years teaching students and other teachers at Hunter College, and she created the first multimedia mathematics learning laboratory at CUNY. Most importantly for us, during her time as a teacher, Dr. Dolciani took on the project of writing math textbooks. The series of textbooks she wrote was published internationally and sold more than 50 million copies globally. If you have ever used a mathematical property name, like the “zero property,” you are relying on Dolciani’s work.

The Evolution of Math in 20th Century America

So why don’t more people know about Dr. Dolciani and her textbooks? Unfortunately, the textbooks have been out of print for some time. Educational trends are no different than any other area; the desire for something new and exciting can cause us to move away from great ideas for the sake of novelty. A very short history of math trends in 20th century America looks something like this:

Even Dr. Dolciani’s excellent math curriculum wasn’t safe from the ebb and flow of what’s fashionable in math pedagogy. While Dr. Dolciani’s curriculum is generally the basis for all modern math texts, her texts themselves were altered and watered down during each subsequent revision to keep up with the most current trends. These wonderful texts lost much of their rigor and intensity in the process.

An ugly truth of curricula publishing is that revisions of a text often need to show some kind of “progress” to keep up with educational trends. If a text isn’t changing, it isn’t new and different enough to make a textbook publishing company enough money. So Dr. Dolciani’s texts were revised and revised until they couldn’t be revised any more. Eventually, they were no longer true to the original texts.

While it is a shame the Dolciani texts went out of fashion, we are happy to say we love a revival! The Well-Trained Mind Academy is bringing Dr. Dolciani’s original curriculum back to the classroom. Here’s why we love Mary P. Dolciani’s curriculum:

Of course, we’ll add our own little twists, but we know a good thing when we see it. Our Dolciani-based math classes will provide clear and methodical instruction and focused practice, and they will honor the great mathematician Mary P. Dolciani.

We can’t wait to see you in class!